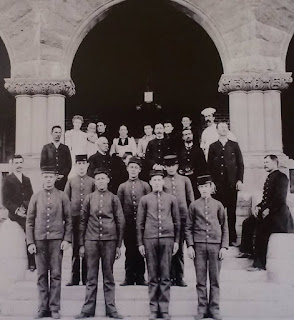 State Archives database records via the Secretary of State were missing ward's names and I.D. numbers here and there, but this is the most accurate and most  complete list I could provide given the records available. I have not been able to go past 1914, but hopefully sometime in the future I can do more research on the ward lists and add to it. As of now, the list is complete as of the opening day of Preston in 1894 up until the closing of the year of 1914. This is the first list that runs from 1894-1904. The second list will run from 1905-1909, the third from 1910-1912 and the fourth from 1913-1914.