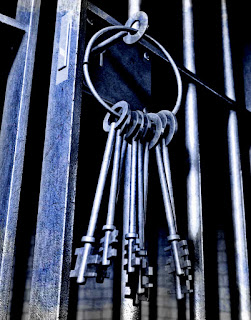 February 12, 1917--- Locked away in a dark, cold cell somewhere in solitary confinement, Frank Cardarella, a young man, suffering from epilepsy, allegedly ripped his sleeping shirt into pieces, fashioning a makeshift noose and began to fasten it to the pipes above his cell.  He had just suffered another episode again, one of many, and despite his obvious health conditions, the school did little to help ease his afflictions.

Yes, he had been in some trouble with the boys in his neighborhood, the Fillmore District in San Francisco, which led him down the wrong path. He wasn't like his older brother Michael, a conductor for one of the street cars in town who seemed able to stay busy and out of trouble.  He wasn't like his father Philip either, an Italian born immigrant who owned a small fruit store and seemed to be a hard working, reputable business man. No, Frankie got into trouble at the age of 14, landing him in court and facing time in a juvenile detention facility for burglary.  The first time he was sent to Preston he did a year.

By 1916, he was out and about again, but old habits die hard and he found himself hanging around the same ol' boys he had got into trouble with before. Shortly thereafter, he was picked up on charges again. Whether he was just guilty by association or he had been caught red handed, the papers don't say. What they do say is that he was convicted for burglary a second time and sent back to the red clay hills of Ione, California. Back to the infamous Preston Castle.

Because of being a repeat offender, this time the Superintendent made Frankie stay in solitary confinement at night, instead of sleeping in a dormitory.

It was the afternoon of February 12th when Frankie fell into convulsions, violently seizing on the floor. Instead of being treated in the school hospital to rest and recover, once his violent spasms stopped, the guards were instructed to carry him back to his cell and lock the door behind them. Hours later he was found dangling from a pipe above his cell.  According to several newspaper reports at the time, it was determined that Frankie Cardarella had apparently taken his own life.

What I found interesting is that the Biennial reports contradict themselves, as I have often found during my investigating of the Preston School's records in the past. One page mentions that during 1917, there were 2 deaths at the school. However, on another page of the same report, it shows a summary of deaths at the school, based on year from 1894-1918, and there is a complete blank for deaths during 1917.  In total, according to the report, only 21 boys died at Preston the first 14 years that the school was open and most of which occurred between 1895-1900 and 1911 to 1916. There is absolutely no record of a death, let alone a suicide, in the biennial report for 1917. 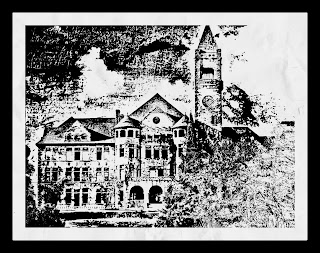 Why Frank Caldarella's death was not even noted in the biennial reports will remain a mystery, as will the reason for his death. Did Frank feel that life was so meaningless, that his suffering was so great that he could no longer carry on? I also wonder if he actually took his own life at all? Did Frank really commit suicide?

It is also interesting that there is no notations in the biennial reports of treating any wards with epilepsy, nor medications used during that time frame.  At that point in history, it is odd to think he was not being regularly treated in the infirmary or hospital with daily medications such as phenobarbital, which were readily available at the time to treat and supress his condition. If that is the case, and he was not being properly treated, that was a grave negligence on the part of the school.

Had he been treated properly with regular medication, his epileptic spells may been able to be controlled, and he would not have faced the possible bullying and ostracism that also may have very well occurred. It is sad to think what he must have faced day by day at Preston, around the other boys and the staff who might have made him feel like a freak.  A constant barrage of insults and belittling that could have pushed him over the edge and on the end of a rope. Still, we don't know exactly what happened to Frank. Did he commit suicide, or was it an act of bullying that went too far?

I will always wonder what really happened to Frank Caldarella that day in February, 1917.