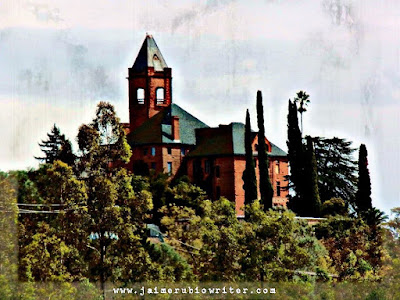 I recently saw a post on Facebook promoting the new film APParition which is set to be released in theaters next month. Personally, I was hoping the movie would not get much attention due to the fact the premise of the movie is based on false history, yet their trailer claims it was based on real events. This sort of thing happens all too often and sadly unless a real historian gets in there and starts researching the facts, many false stories are taken at face value and the masses believe what they see on the big screen. Case in point, the movie “The Conjuring.” In that movie, that is supposed to be from  the case files of Ed and Lorraine Warren, the movie is set around the Perron family’s time  living in the old farmhouse in Burrillville, Rhode Island where they were allegedly tormented by a sinister spirit which the Perron’s and the Warren’s blamed on a lady by the name of Bathsheba Sherman.

I successfully debunked the entire “backstory” to Bathsheba that was perpetuated not only in the movie, but in the books that have been published about the home, too.  You see, many times urban legends, folklore and just made up stories are accepted as fact without anyone questioning it. Sadly that happened in this case, and now millions of people believe that Bathsheba Sherman was an evil witch who murdered her baby as a sacrifice to Satan and haunted the home. This is FALSE. I have proven it, but again, when movies come into play sometimes the stories take on a life larger than you can imagine and many times, even people such as  myself who try so very hard to set the facts straight are faced with a daunting task.

Going back to the new film, APParition.  When I first heard of the movie being filmed there, I sought out the co-producer of the film to ask if the rumors were true that they were using a story that took place there as a part of their movie. He confirmed this, along with noting that they changed the person’s name (well last name anyway). I was saddened and disgusted by this, since they were taking bits and pieces of a true story and changing it to fit their own agenda.

I was also upset when I viewed the trailer because although Preston did have its stories of scandals, abuse of power and severe mistreatment to the wards, there is no record of them beating the boys to death. There is a huge difference between corporal punishment, flogging or abuse and actual murder! Yes, there were wards who died from illnesses, suicide, and some were accidental deaths. Examples of such cases of an accidental death was Tahema Vann, the boy who drowned in the swimming hole, or the two wards who were buried alive after a trench they were digging collapsed. And yes, there were a few wards who died after trying to escape. These two I considered as homicides: the shooting deaths of  Herman Huber and Joseph Morgan, which I place fault with the staff. While in other cases, such as Sam Goins', it appears his death was somewhat his own fault. Still, there is no smoking-gun evidence that there was a history of boys who were murdered there on a regular basis.

There were a few more mysterious deaths that I have found over the years that I would like to have answers to, such as Nicholas Hamilton, and even Grant Walker, but unless we were there we cannot definitively say either way what really happened. Preston had its share of good and bad stories, but you cannot demonize the entire institution for a few events that took place over the entire 66 years* that the “Castle” (Administration Building) was in operation at the school. Not all the people who worked at Preston were bad, not all the wards that were there were good either.  I should know, I have written two books on the subject. Again, like I stated, there is no denying that there were periods of time that the Administration at Preston abused and mistreated their wards, there is plenty of documentation of that. But again, the place wasn't some murder house where boys came in and didn't leave. With the stories I have researched and written about, I have proven that yes, there have been some bad incidents that took place there at different times, but the school proved to be a place that helped many boys go on to live decent, upstanding lives.

(*For the record, the school continued to run for many years even after the “Castle” was closed.)

The person whose story was “borrowed” for the film APParition, was none other than the head housekeeper who was murdered at Preston, Anna Corbin, but instead they changed her to Anna Collins and made her the “caretaker.” Just like they changed the name of the Superintendent to the “Warden.”

I just want to warn everyone out there that anything you see in this movie relating to Anna’s story or even the stories about the boys at Preston is not factual and should not be taken seriously. Anna is not a ghost haunting the castle. She is not evil and does not want to seek revenge. She has never “possessed” anyone (like what Zak Bagan’s tried to claim during his visit to the castle), and she never lived at the castle either. When she died she was 52 years old. Her husband had passed away, her son had passed away and her daughter had grown up and was married. Again, anything you see in this film is a far cry from any sort of factual information. I am hurt to see that Anna Corbin’s story continues to be exploited over and over from one paranormal show to the next, and from one movie to the next. When will people let her rest in peace? When will people let those who passed at Preston rest in peace?

To read about the REAL FACTS surrounding this school, please read more posts on this blog. If you would like to know the truth about Anna Corbin's death please check out this blog: https://dreamingcasuallypoetry.blogspot.com/2019/11/the-life-and-death-of-anna-corbin.html

You can also read both of my books on Preston's interesting past, available on AMAZON here:

"BEHIND THE WALLS" & "IF THESE WALLS COULD TALK."

Posted by J'aime Rubio, Author at 2:42 PM No comments: